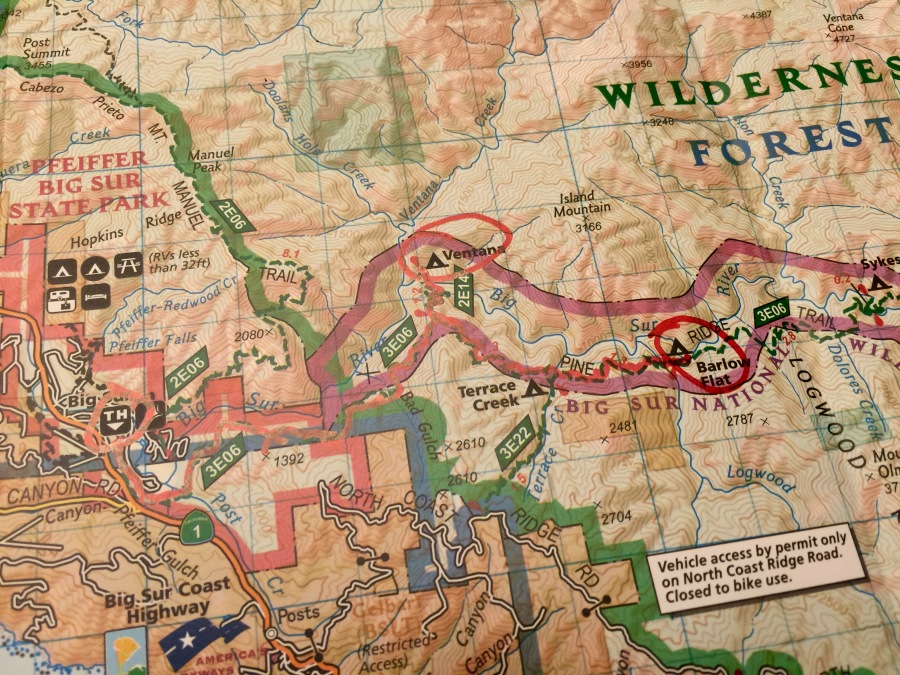 In the last post, I addressed the fear of animal attacks in the wild. Today, I cover the concern of getting injured (or lost) while solo backpacking. This is not a concern borne just out of the female mind; men fear getting injured or lost, too! We are all only human, after all. But, anecdotally, women seem to let that fear bother them more. And they seem more likely to let it prevent them from doing the things they think they might love (like backpacking solo).

Fear is not a bad thing! It helps us, literally, to stay alive. It keeps us on our toes and helps us recognize danger. But the level of fear can easily get out of control when we allow our imaginations to run wild. And we sometimes allow that fear to dictate our actions, even when we know those concerns are blown way out of proportion.

Backpacking isn’t inherently dangerous, but it isn’t inherently NOT dangerous, either! Something bad, like falling off a cliff, could happen – but it’s not likely. Twisting an ankle, however, could happen very easily and could be quite serious. If nothing else, it will likely ruin your trip. Getting lost also isn’t super common, but it does happen!

Battling the fears of getting injured or getting lost comes down to simple preparation. If you are going to enter the wilderness alone, you need to be ready and have a Plan B. Being prepared means being physically able to tackle the trip you’ve planned. It also means you carry the important essentials and you know how to use them. You need to have researched your route and have exit strategies should you need to get back to civilization using the quickest route possible.

I carry a wilderness splint when I backpack, solo or otherwise. Some people think this is silly extra weight (it’s only a couple of ounces!). But when you consider that ankle injuries are probably the single most common injury, having a splint makes sense. If I’m alone and suffer a sprain, I’m not going to call 911 for a helicopter rescue. Instead, I’m going to slowly, painfully, limp my way back to my car. Perhaps I’ll find some people to help me along the way, but perhaps not. The splint will help ease the pain substantially.

For the same reason, I also carry KT tape, antibiotics and pain narcotics. If I need to get off the trail due to a simple injury or common illness, I want to have some items to make things easier and more comfortable!

I also carry a compass, a good map and a whistle in case I get lost. I’ve taken classes on reading topo maps and how to effectively use my compass.   This summer, I’ll be practicing those skills for real as I head off-trail for some cross country backpacking in the Gros Ventre Wilderness Area of the Bridger-Teton National Forest.

For most injuries, if push comes to shove, you could self-rescue and get yourself out. It might not be fun and painless, but it’s usually very doable and beats the $100,000+ fee for being rescued.

But what, you ask, about serious injuries? What about the proverbial I’ve-fallen-off-a-cliff-and-there’s-no one-around type of injury? That’s where technology comes into play.

I carry a Delorme InReach two-way communicator. Much like a satellite phone, my device uses satellites to communicate with other people. But unlike a sat-phone, I can’t make phone calls. I can, however, email and text with it. When I backpack – solo or with others – I always take my Delorme. First and foremost, it will summon help if I have a major emergency. It doesn’t just summon the help, though; I can also text back-and-forth with the first responders to provide information about my condition and help them find me. Additionally, the device will keep pinging my exact location to the responders, so if I’m on the move, they can still find me. This would happen, say, if I got bit by a rattlesnake and needed to be rescued, but continued to hike in the direction of civilization because A) I physically can, and B) it puts me closer to where the first responders are coming from.

I can also use my Delorme to text or email with friends and family! And it even synchs with my Facebook account. When I hiked the John Muir Trail in 2015, I texted back and forth with my husband at least once a day to let him know where I was and how I was doing. Peace of mind for both of us. I also sent at least one Facebook message each day telling my wider group of peeps what I was up to. The cool thing was that people could actually see exactly where I was on a satellite map when I sent the message. They could actually follow my trip in almost real time – pretty cool!

At the halfway point of the John Muir Trail, I decided I had to get off the trail and go home. The fires were horrendous that year and my lungs were decidedly not happy with all the smoke, and they were getting worse each day. I was able to use my Delorme to coordinate with my hubby exactly how and where I was going to exit the trail and how and where he could meet me. Without it, I’m not sure what I would have done.

Having a device like the Delorme provides incredible piece of mind in the event of a true emergency. Combine technology like that with all of the preparations you undertook before you left and you can feel downright safe! Don’t let the fear of injury or getting lost prevent you from backpacking solo. Neither is likely to happen, and if you are prepared, you can handle pretty much anything thrown your way.

Next Up: Women in Backpacking, Part V: But, I’ll Feel Lonely!

“Life is either a daring adventure or nothing at all. Security is mostly a superstition. It does not exist in nature.“ – Helen Keller

2 thoughts on “Women in Backpacking, Part IV: But, I Might Get Injured or Lost!”

I may be injured, but that doesn’t stop THIS gear geek! At left is my well-used, massive 75L Osprey Ariel. To the right of that is a Gossamer Gear Mariposa. And far right is a ULA Circuit. I’m looking to lighten my load (especially given the injured foot) in anticipation of an Aug Glacier National Park trek. Reviews to come as I decide which new pack to keep! It’s a tough call!
Just because I’m injured and can’t backpack doesn’t mean I can’t enjoy nature! My best hiking buddy and I escaped the heat and went into the wilderness for a car camping trip. Gorgeous even if I saw most of it from a road or short trail (and the “front yard” of my camping spot - a lovely little river).
Injuries can sideline you from the activities you love. But photos and memories help to keep you hopeful. Photos of last year’s trip to the Gros Ventre Wilderness in Wyoming are my inspiration for getting this foot “healed” in time for August’s trip to Glacier National Park.